Barbara Henry to Leave The Star

Job (2005) by artist Judith Shea (b. 1948) will be permanently installed at Herron School of Art and Design at Indiana University-Purdue University in Indianapolis this month, reports the IUPUI News Bureau.

The 75" x 38" x 30" bronze sculpture will be on display in the Allen Whitehill Clowes Pavilion at Herron's main entrance on New York Street.

Shea's early "clothing" work was in the Whitney Biennial in 1981. Two years later she began casting them into iron and bronze directly from cloth, allowing the work to change from intimate to monumental. Shea's work is in the collections of The Whitney Museum of American Art, The Metropolitan Museum of Art, The Brooklyn Museum, and The National Gallery. Awards include The Rome Prize Fellowship, the Saint-Gaudens Fellowship, and two NEA fellowships for Sculpture.
Posted by Indianapolis Observer at 4:14 PM No comments:

Make Plans at Ben's House for the Fourth!

Cold ice cream on a hot day is always inviting, especially when it is the Fourth of July! Enactors and live music will fill the President Benjamin Harrison Home with summertime sounds, music and memories inside and out.

Silly Safaris, Victorian puppet show, a caricaturist, a juggler, a magician and a Thomas Jefferson re-enactor all will be on hand. Croquet, and a variety of Victorian games will be available on the south lawn. Special activities will include a scavenger hunt for children, and a re-enactment of President Harrison's July 4, 1888, acceptance speech (which he gave from this Delaware Street home!) to be the nominee for President of the United States.

Impact 100 Greater Indianapolis, a giving circle that pools the resources of philanthropic women, has given grants of $104,000 each to Herron High School, a public Indianapolis charter school, and Horizon House.

At Herron, the money will be used to purchase equipment for the school's fine arts education program, including visual arts, theater, music and dance.

Founded in 2005 and located at 16th and Delaware streets, Indianapolis, Herron High School is a public charter school dedicated to providing a classical liberal arts education for students in grades nine through 12.

Nordstrom, Inc., a fashion specialty retailer, will kick off the opening of its second Indianapolis-area store at Fashion Mall at Keystone with an evening gala on 18 September.

The event is expected to raise $185,000 for the signature projects of the Junior League of Indianapolis; The Links, Incorporated, and the Indianapolis Museum of Art.

Nordstrom Fashion Mall at Keystone opens to the public on 19 September.
Posted by Indianapolis Observer at 11:47 PM No comments:

"On the Road" at the IMA 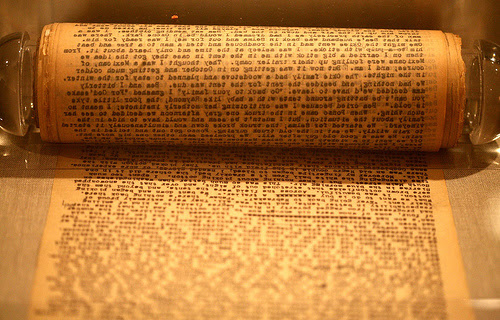 What's an exhibition without an opening concert? David Amram performs from 7-9 p.m. Thursday (26 June) in the Pulliam Great Hall to celebrate the debut of "On the Road" at the Indianapolis Museum of Art, 4000 Michigan Road, Indianapolis.

In 1957's New York, writer Jack Kerouac and musician/composer David Amram helped usher in the Beat Generation with jazz/poetry readings in Greenwich Village. The two collaborated for the rest of Kerouac’s life.

Now, Amram comes to Indy to play songs in Kerouac’s honor. Catch the sounds of Thelonious Monk, Duke Ellington, the Amram-composed score to the film Pull My Daisy, and other selections influenced by Kerouac’s diverse cultural taste.

Amram is a composer and conductor who has collaborated with Leonard Bernstein, Dizzy Gillespie, Hunter S. Thompson, Willie Nelson and many more. He is also the author of the memoir Offbeat: Collaborating With Kerouac (2002). Local musicians jam with Amram for this musical tribute to Kerouac’s spirit!

Oh, yeah. The exhibition, "On the Road Again with Jack Kerouac and Robert Frank", runs Thursday through 21 September in the Schaefer and Gray Gallery.

The centerpiece of the exhibition is the 120-foot-long original typescript for Kerouac’s 1957 cross-country odyssey, On the Road, owned by Indianapolis Colts owner Jim Irsay. The manuscript, 84 feet of which will be on display, will be accompanied by 83 photographs taken by Robert Frank during his own two-year cross-country pilgrimage and published first in Europe in 1958 as Les Americains.
Posted by Indianapolis Observer at 1:28 PM 1 comment:

The Christamore House Guild celebrates its 100th birthday this year.

It has grown from a small group of young women working with immigrants who settled in Indy, to a thriving service organization of more than 300 active and associate members.

The Guild, an incorporated, tax-exempt, not-for-profit organization, provides more than one thousand volunteer service hours per year to the Christamore house and the annual fundraiser is the largest funding source for the Christamore House annual budget.

The Guild manages the annual Book and Author Benefit which provides scholarship money and funding for educational programs at the Christamore House.

The mission of Christamore House, founded in 1905, is to promote the general welfare of residents in the Haughville neighborhood. Its many programs focus on the personal and family development of area residents, and include a preschool, adolescent recreation, adult education, seniors activities, counseling, emergency clothing, food and infant supplies, dental and well child clinics.

Christamore House is a United Way agency. It moved to its present location at 502 North Tremont Street, Indianapolis, in 1924, and is listed on the National Historic Register.
Posted by Indianapolis Observer at 2:24 PM No comments:

Indianapolis-Marion County Public Library board members couldn't reach a consensus last night on who should get rights to develop two library-owned properties adjacent to its flagship downtown branch, reports the Indianapolis Business Journal.

The library's Board of Trustees met for more than two hours to discuss plans to redevelop the vacant Ambassador apartment building (pictured) and property the library owns at 815 and 817 North Pennsylvania Avenue, now home to a one-story building and two parking lots.

When it came time to vote on a plan, the board tied 3-3. Trustee Jesse B. Lynch was absent.
Posted by Indianapolis Observer at 1:24 PM No comments:

The road to the 2008 Olympic Games in Beijing started in Indianapolis yesterday with the U.S. Olympic Team Trials – Diving.

Tickets are still available for the remainder of the event at the IU Natatorium Box Office (317:278-7701), and all Ticketmaster outlets.

There's more information at the Indiana Sports Corporation.
Posted by Indianapolis Observer at 8:44 PM No comments:

From Michael Jackson's boots to a guitar played by John Mellencamp to Marilyn Manson’s Zickenbacker Bass, Hard Rock Cafe Indianapolis has undergone a complete memorabilia redecoration, with dozens of new items commemorating the history of rock now on display. Check it out downtown at 49 South Meridian.

With 127 Hard Rock Cafes and nine Hotels/Casinos in 48 countries, Hard Rock International is one of the world's most globally recognized brands. Beginning with an Eric Clapton guitar, Hard Rock owns the world's greatest collection of music memorabilia, which is displayed at its locations around the globe.
Posted by Indianapolis Observer at 9:00 PM No comments:

The Indianapolis Foundation awarded the grant to Project Impact, which will formally connect faculty, students and resources of the School of Education to the neighborhood centers. Work on the project, which has been in planning stages for a year, will begin on 1 July, reports the IU News Bureau.
Posted by Indianapolis Observer at 4:15 PM No comments:

All Alumni Weekend at Marian College

The All Alumni Weekend, set for 27-29 June at Marian College, is themed “Get Psyched-Up and Socialize!”

There's a “Beer Blast” for the Class of 1978 in the Wheeler-Stokely Mansion, a picnic by the Franciscan Heritage Fountain, and Decadent Desserts will be served in the Allison Mansion. There's a complete schedule of activities here.
Posted by Indianapolis Observer at 8:04 PM No comments:

Northeast Corridor Transit To and From Indy

The Denver Post has picked up The Washington Post's travel piece on what's happening on the cultural scene in Indianapolis.

Check it out here.
Posted by Indianapolis Observer at 2:53 PM No comments:

Under a reorganization agreement, the program is now the Department of Music and Arts Technology in the Purdue School of Engineering and Technology at IUPUI.

The IUPUI Department of Music and Arts Technology is the only program in the nation to focus on technology as a tool for music performance, music composition, music instruction, and music listening and arts technology.
Posted by Indianapolis Observer at 9:58 AM No comments:

A collection of 32 fashions by designer Roy Halston Frowick are on display in the Fashion Arts Gallery of the Indianapolis Museum of Art, 4000 Michigan Road, Indianapolis, through 4 January 2009.

Known best as, "Simply Halston", the designer was born in Iowa in 1932, and grew up in Evansville, Ind. He began his career as a milliner and later designed the hat Jacqueline Kennedy wore at her husband’s inauguration in 1961.

A master of cut, he was a favorite of many celebrities and designed clothes for Elizabeth Taylor, Liza Minnelli, Anjelica Huston and Lauren Bacall. Most of the approximately 32 designs in this exhibition are drawn from the IMA’s fashion arts collection. He died in 1990.
Posted by Indianapolis Observer at 4:18 PM No comments:

According to the Indianapolis Business Journal, United Way of Central Indiana will award more than $25 million in unrestricted giving to human care agencies this year, a new record based on generous giving in 2007.

Despite a sluggish economy, IBJ reports, the distribution is up $1.2 million from the previous year. United Way will start passing along the funds to 103 agencies in its six-county region 1 July.
Posted by Indianapolis Observer at 11:23 PM No comments:

If you have a pet, want to get a pet, or just want to hang out with animals that could be pets -- head over to the Indiana State Museum Saturday (7 June) for (what else?) a "Celebration of Pets".

The 11 a.m.-4 p.m. event, included in museum admission, will feature dogs, cats, birds and reptiles (many of which will be available for adoption!).

Veterinarians and representatives of rescue organizations will introduce the animal friends and talk about pet care and safety. There'll be demonstrations with miniature horses, chicks hatching in incubators, take-home crafts and performances by Silly Safaris Shows.

The museum is downtown in White River State Park.
Posted by Indianapolis Observer at 1:47 PM No comments:

Has It Really Been 30 Years? 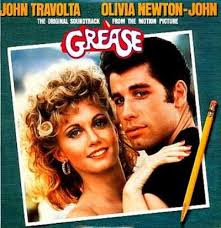 Grab your blanket and lawnchairs, pack a picnic and get ready to watch this classic under the stars.

Ticket sales begin and doors open at 6 p.m. for picknicking. The films begin at dusk. Cost is $8 for members of the public, and $3 for IMA members with current membership card (children six and under are admitted free).

"Grease", rated PG, runs 110 minutes. It'll be preceded by a Pepe LePew cartoon ("For Scent-imental Reasons"). Who can resist a double-header like that?
Posted by Indianapolis Observer at 1:46 PM No comments:

The 2008 winner of the Indianapolis Prize is George Schaller Ph.D., senior conservationist for the Wildlife Conservation Society and Vice President of the Panthera Foundation. The previous winner was Dr. George Archibald of the International Crane Foundation.

The nomination process for the 2010 Indianapolis Prize has begun, with nominations accepted until 1 December 2008.

The $100,000 biennial award brings attention to the cause of animal conservation and the men and women who spend their lives saving the world’s endangered species. It is given as an unrestricted gift to the chosen recipient.

The Indianapolis Prize was initiated in 2004 by the Indianapolis Zoo as a significant component of its mission to inspire local and global communities to celebrate, protect and preserve our natural world through conservation, education and research.

Any individual may nominate a candidate for the Indianapolis Prize. To be accepted as Nominees, individuals must have accomplished a personal achievement or series of achievements that have resulted in a demonstrable positive impact on an animal species or group of species that is likely to improve the species’ likelihood of long-term sustainability.
Posted by Indianapolis Observer at 8:41 PM No comments: