It's not safe on the roads.

Sure, February is Black History month -- and we're inundated with all the usual suspects.

The Eiteljorg Museum of American Indians and Western Art, 500 West Washington Street, Indianapolis, has come up with a new viewpoint on that history.

Since the first arrival of African slaves in North America, the interactions between people of African- and Native American heritage has been a combined story of conflict, cooperation, cultural growth, destruction and survival. Since 2001, the Eiteljorg has pioneered research on this subject, and has drawn together important art and artifacts that demonstrate shared traditions found in history, genealogy, food, dress, music and occupation.

Some American Indians held black slaves and others helped them escape. Sometimes there was intermarriage and a blending of traditions. Red/Black: Related Through History includes an object-based exhibition on the subject, created by the Eiteljorg Museum, and the Smithsonian’s traveling panel show, Indivisible: African-Native American Lives in the Americas.

History is filled with stories of individuals who have lived their lives with struggle and triumph with shared heritage. Slaves who traveled the Trail of Tears with their native owners. Slaves who intermarried into tribes to escape the bondage of slavery. There are stories of people with biracial heritage today who struggle with identity and who gets to say who they are.

For example, the story of Radmilla Cody is explored in this exhibit. In 1997, she was the first biracial woman to be crowned Miss Navajo Nation. She recalls her time on the reservation being called names for looking "too black to be Navajo". She remembers letters being sent to local papers saying she should not be Miss Navajo because she doesn’t look “Indian” enough. Yet, she has prevailed. She recently was named one of NPR’s 50 Great Voices. 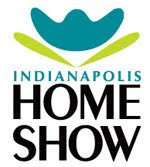 The 89th Indianapolis Home Show opens tomorrow with more than 900 exhibitors in both the West Pavilion and the Exposition Hall of the Indiana State Fairgrounds.

Centerpiece is a fully- constructed, decorated and landscaped home built entirely inside the Expo Hall. Built by Fischer Homes, is uses the Keller floor plan with an Arts & Crafts exterior, a light-filled solarium with a 13-foot ceiling and 3,467 square feet of living space.

Tickets are $13 for adults. Parking at the fairgrounds is free 31 January 31 through 3 February (parking at other times is $3 per vehicle).

The Indianapolis Home Show is the nation’s oldest and the Midwest’s largest home-focused extravaganza. It runs through 6 February.
Posted by Indianapolis Observer at 4:51 PM No comments:

ART INfiber on Exhibit in Zionsville 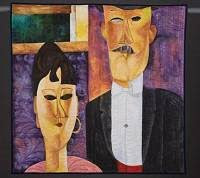 "ART INfiber" is on display in the Moore Brunes Gallery of the SullivanMunce Cultural Center, 205-225 West Hawthorne Street, Zionsville, through 19 February.

A public reception is planned from 5 to 8 p.m. 4 February.

INfiber is an association of fiber artists in Indianapolis and the surrounding central Indiana area who meet regularly to promote their professional artistic development through networking, educational programs, and exhibition opportunities.

The goals of INfiber are the introduction and promotion of the aesthetic qualities of fiber and fabric-based, original art to the viewing public and the continued artistic growth of its members and new members are welcome.

(Image courtesy of Paulette Lancaster)
Posted by Indianapolis Observer at 3:09 PM No comments:

Ritter’s Frozen Custard, a once-promising locally based chain that struggled to grow too quickly, is enjoying a rebirth of sorts under new ownership, reports IBJ.com.

At least four Ritter’s stores in the Indianapolis area have either opened or are set to reopen in the same locations where Ritter's premium ice cream once was served before previous franchisees left the company, IBJ notes.

Throughout 2011, Indy Parks will highlight the rich history and grand vision of the Kessler Park and Boulevard System.

Indy Parks will introduce new initiatives to promote resources including a challenge to learn about 100 significant landmarks in the Indy Parks system; geocaching, a high-tech scavenger hunt across the entire county, and an opportunity for everyone to share stories, memories and photos from Indy Parks through the years.

"Make no mistake about it, when a politician uses the phrase 'public-private partnership', grab your wallet. Public-private partnerships are almost always nothing more than corporate welfare measures involving politicians forcing taxpayers to subsidize private business ventures so that those private businesses (who are also contributors to the politicians) have less risk and can make more money."

The number of credit hours this semester marks the sixth consecutive year in which a new Spring semester credit hour record was set, rising 1.9 percent over Spring 2010, when students took 327,612 credit hours.
Posted by Indianapolis Observer at 4:29 PM No comments:

Herron to Screen "A Fire In My Belly"

"A Fire In My Belly", a video by '80s artist, author, and activist David Wojnarowicz will show continuously in the Basile Gallery of the Herron School of Art and Design at Indiana University-Purdue University in Indianapolis tomorrow through 5 February.

The Smithsonian Institution had excerpted four minutes from the video and included them in a current exhibition, “Hide/Seek: Difference and Desire in American Portraiture”, that deals with culturally-challenging images. The excerpt was removed when then-incoming Speaker of the House John Boehner called on the Smithsonian to shut down the exhibition or “be prepared to face tough scrutiny” after complaints about the video by the Catholic League.

"A Fire in My Belly" offers a view of the torment of AIDS, created in reaction to the death of Wojnarowicz’s mentor and lover, photographer Peter Hujar. It includes images of ants crawling on a crucifix.

Wojnarowicz died of AIDS in 1992 at the age of 37, but the controversy likely would not have surprised him. In 1990, he won the Supreme Court case David Wojnarowicz v. American Family Association after the group manipulated his images in a pamphlet it distributed to protest the National Endowment for the Art’s funding of exhibits that it found objectionable. In testimony during that case he said that his upbringing as a Roman Catholic had taught him that Jesus took on the sufferings of all people in the world.

Dozens of arts organizations around the country are screening the film as a result of the Smithsonian’s actions. Herron’s Gallery Director Paula Katz said, “At Herron in particular, it is important for students to be able to connect with this issue on a personal level and to give the local arts community a basis for dialogue.” 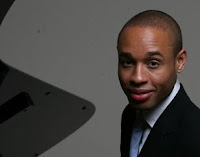 It features Aaron Diehl (right), who is one of five men competing for the largest jazz prize in the world ($50,000) and the title of 2011 Cole Porter Fellow in Jazz of the American Pianists Association.

The other four finalists are Emmet Cohen, Zach Lapidus, Glenn Zaleski and Jeremy Siskind.
Posted by Indianapolis Observer at 8:18 PM No comments:

Higher education leaders from Afghanistan and representatives of universities in the United States and Canada will discuss "Lessons Learned and the Way Ahead" during a conference at Ball State University's Indianapolis Center 25 and 26 January.

A focus of the two-day event will be the Afghanistan Ministry of Higher Education's strategic plan and the role that relationships with North American universities can play in its fulfillment.
Posted by Indianapolis Observer at 3:30 PM No comments:

"Councilor Rivera apparently thinks city services, like the library, should be paid for with voluntary contributions. But if a professional sports team or a politically-connected developer comes calling wanting more of our tax dollars, Rivera thinks taxpayers should have no choice but to pay up."

Read it all here.
Posted by Indianapolis Observer at 11:02 AM No comments:

The Glick Peace Walk is dedicated to individuals who achieved greatness through peaceful pursuits. The Peace Walk includes 12 distinctive sculptural gardens that celebrate the lives and accomplishments of these luminaries. The gardens enable visitors to gain a deeper understanding of how these inspiring individuals were able to overcome challenges and dedicate their lives to the greater good of society. The first 10 gardens are located on the Cultural Trail on Walnut Street between Meridian Street and Capitol Avenue.

Dr. Martin Luther King, Jr.'s garden will be located on the southeast corner of Washington Street, Virginia Avenue and Pennsylvania Street. It will be built as part of the Cultural Trail's Southeast Corridor construction scheduled to begin later this spring and completed by the end of the year.
Posted by Indianapolis Observer at 5:22 PM No comments:

Wired: Our Infatuation with Technology

A "one day U" session on cybertechnology will be held 12 February at the University Place Conference Center and Hotel, 850 West Michigan Street, Indianapolis. It's a conference about how people use technology and the legal, health and cultural issues involved.

The 7:30 a.m. to 2:30 p.m. event features Scott Jones, Co-founder, Chairman and CEO of ChaCha Search. For more information, download the brochure and/or email Jordan Thompson.
Posted by Indianapolis Observer at 3:26 PM No comments: 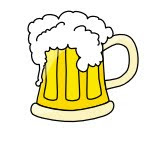 "Visitors to the Indiana State Fair will be able to drink a cold beer or sip Indiana wine as they chow down on fried food if one lawmaker gets his way," reports IBJ.com.

"Rep. Robert Cherry, R-Greenfield, has filed a bill to lift a longtime ban on alcohol at the annual fair. He told The Journal Gazette of Fort Wayne that alcohol sales could provide needed revenue to the State Fair and allow the event to showcase Indiana wine and beer."

Viertal, a farmer with philosophy and literature degrees from Harvard University, is president of Slow Food USA, and was just named a Young Global Leader by the World Economic Forum.

The gathering is in the Farm Bureau Building on the Indiana State Fairgrounds in Indy. Admission is free, but please bring a dish to share for the potluck meal.
Posted by Indianapolis Observer at 9:42 PM No comments:

Perhaps the whole exercise can be summarized in this sentence from Paul K. Ogden's blog today: "People are, justifiably, furious about the Mayor's giveaway of tax dollars due to his misplaced priorities."

As Ogden notes: "Voters see library and parks budgets being cut while the Mayor is handing out $33.5 million to a billionaire for the Pacers, in the middle of the worst economic downturn since the Great Depression, no less."

Then there's crime. Perhaps this headline in today's Indianapolis Star says it all: "Teen is shot at funeral for victim of violence". Sigh!
Posted by Indianapolis Observer at 3:32 PM No comments:

How Quickly They Forget

For city mayors, it's all about snow removal. (Who can forget Bill Hudnut riding a plow during the Great Blizzard?)

Former Indy mayor Stephen Goldsmith, now a deputy mayor in New York City, is being raked over the coals by a whole host of detractors (from the media to the city council) about his handling of the recent snowfall in the Big Apple. (For example, he was home in his Washington, DC, townhouse at the time.) 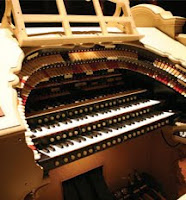 Each concert is approximately two hours in length and includes a 20-minute intermission. Note to purists: The ISO does not perform in these concerts.

Tickets for each concert are $20 per person, with a 25% discount for patrons who purchase all three concerts. They're available online.
Posted by Indianapolis Observer at 4:18 PM No comments:

Children’s Art from Haiti on Exhibit at Marian

One year after the devastating earthquake in Haiti, the Department of Visual Arts at Marian University will show the artwork of Haitian children that was created in response to the disaster.

Marian University is partnering with Art Creation Foundation for Children (ACFFC) to debut the artwork created by children in the ACFFC program. The ACFFC mission is to help children become the next generation of traditional Haitian artists by providing them with love, nurturing, food, healthcare, and education. Prior to enrolling in ACFFC’s program, these children had never attended school.