Your Indianapolis Observer thinks that this notice, courtesy of IBJ.com is just the camel's nose under the tent.

Let's see how many Daniels' administration figures end up working in West Lafayette.... 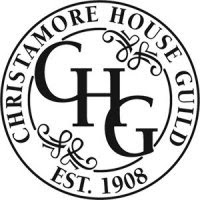 Mistress of ceremonies will be Diane Willis.

The event begins at 10 a.m., with books available for purchase and signing, followed by the luncheon program at 11 a.m. Tickets are $85 per person ($55 of each ticket is tax deductible; seats are limited and will be filled as paid reservations are received).

This springtime event has raised more than $1,000,000 over the past 30 years, serving over 650 students. The proceeds benefit the Frances Carter Coburn Scholarship Fund as well as programs offered through Christamore House, serving the educational and scholarship needs of many qualified students from the Haughville neighborhood. 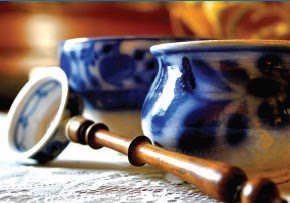 Special events include "A Taste of Elegance", the opening night preview and party on 7 March; a presentation on Soirée: Entertaining with Style by Danielle Rollins on 8 March; demonstrations featuring local artists on 9 March, and a presentation by John A Tiffany on his book, Eleanor Lambert: Still Here on 9 March.

Your Indianapolis Observer notes that Eleanor Lambert, New York City's fashion arbiter for decades, was born in 1903 in Crawfordsville, Indiana. 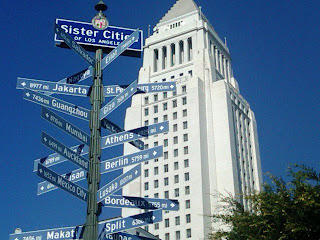 This photo of a directional sign in downtown Los Angeles points the way to LA's Sister Cities.

This Indianapolis Observer thinks Indy should do something similar for its roster of Sister Cities!

Posted by Indianapolis Observer at 5:57 PM No comments:

Looney Hoosier Lawmakers At It Again

This Indianapolis Observer wonders where these lawmakers were when brains were allocated.

We've got big problems (oh, just for starters, mass transit, global climate change, obesity, unemployment, poor public education...) and yet they work on idiot legislation such as this:

"The Indiana state Senate on Wednesday advanced a bill that would require women to undergo an ultrasound procedure both before and after having a medication-induced abortion during the first trimester of pregnancy...."

"Dr. Anne Davis, the consulting medical director for Physicians for Reproductive Health, said the requirement would place an undue burden on women seeking to end their pregnancies."

There is absolutely no medical reason for one ultrasound, let alone two. (The bill also includes other bogus requirements.)

Too bad Hoosier Republicans don't believe in the same "right to privacy" as Iowa's Senior Senator Chuck Grassley, who said, in response to a question about microchipping people, "First of all, nothing can be done to your body without your permission. It’d be a violation of the constitutional right to privacy if that were to happen."

But, then again, the GOP evidently doesn't believe women are covered by the U.S. Constitution!

UPDATE
According to The Indianapolis Star on 25 February, "The Indiana Senate today changed a key provision of abortion legislation, no longer mandating that women getting an abortion-inducing drug undergo two ultrasounds.

"Physicians had said that given the small size of the uterus when the drug RU486 is given in the early weeks of pregnancy, the ultrasound would have to be done by vaginal probe. That, they said, is both invasive and unnecessary."

Posted by Indianapolis Observer at 5:50 PM No comments:

At issue: can he buy soybeans from a local grain elevator and plant 'em? Or is he violating a Monsanto patent by "replicating" the genetically altered beans? 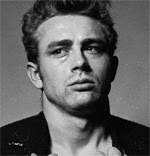 The Indiana State Museum and IMAX® Theater are teaming up this week to host a special film festival in honor of Hoosier-born actor James Dean. The festival will feature all three of Dean's feature length films on three separate nights.

The festival will kick off Thursday (21 February) with a showing of East of Eden, for which Dean received a nomination for Best Actor in 1956. Rebel Without a Cause, Dean's most memorable film, can be viewed on the IMAX screen on Friday (22 February). Giant will wrap up the festival on Saturday (23 February), another film where Dean's acting was given a second posthumous Oscar nomination for Best Actor.

All showings will be at the IMAX Theater at the Indiana State Museum and will start at 7 p.m. Ticket prices are $5.50.

Want to learn more about this Hoosier icon? Don't miss the current exhibition Eternal James Dean at the Indiana State Museum through 2 June. This exhibit focuses on Dean "the man", his rise from Fairmount, Indiana, native to rising movie star and his love of racing. The exhibition features artifacts and historic photographs related to Dean's three feature films as well as personal items. 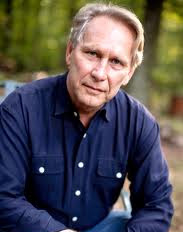 Indiana journalist and historian Doug Wissing (pictured) has a new book: Funding the enemy: How US taxpayers bankroll the Taliban. It’s a very well researched and very disheartening examination of how our decade long struggle in Afghanistan has seen much of the money flow to corrupt Afghan government officials, opportunistic American contractors, and the Taliban.

His thought-provoking writing and meticulous research have resulted in six books and landed his unique perspective in the New York Times, Washington Post, Los Angeles Times, Foreign Policy, salon.com, and on BBC and NPR networks, as well as in tastemaker journals from ARTnews to Saveur. His award-winning articles and radio stories on Afghanistan have attracted wide attention among U.S. policy-makers.

NOTE:
"Foreign Policy and a Local Pint" is a series of informal, community discussions on a variety of topics of global concern. Each “FPLP” talk will feature a leading expert in that field right here in Indiana as well as local organizations doing work in the countries being discussed. Enjoy pizza, beer, and a comfortable atmosphere conducive to meaningful, engaging conversation. Have fun, learn new things, and find out how you can become part of something special.

Posted by Indianapolis Observer at 1:20 PM No comments:

"The downtown mafia's goal in installing [Mark] Miles was to permanently shore up its long-standing mantra that professional sporting events are the end-all, be-all for the economic future of Indianapolis and Central Indiana, and that professional sports can only thrive if billions of dollars in public investments are made to ensure their vitality."

So says Gary R. Welsh on his Advance Indiana blog. Read it here.

He talks about Joe Hogsett and Tony George and Tony Hulman and Mary George and Guy Trolinger and Bernie Ecclestone and the ADA suit and Greg Fehribach and Fred Nation and "Miles, Mr. Rent-A-Civic Leader himself", and Matt Tully. Riveting reading for this Indianapolis Observer.

"Even the lone anti-corporate welfare holdout among the [Indianapolis] Star's editorial team, Dan Carpenter, chimed in with his blessing of the deal--apparently after being drugged and sent away to a Gannett-run re-education camp for hopeless idealists."

Posted by Indianapolis Observer at 10:36 PM No comments:

OK, so it's not happening in Indy -- but once again the Hoosier state is making national (and international) headlines for being stupid.

"After failing to ban gay teens from attending Sullivan County High School’s official prom, a group of Indiana parents, students and a local teacher is fighting for a separate “traditional” prom that would keep gay kids out."

This Indianapolis Observer thinks that gay kids have been attending proms as long as high schools have been hosting 'em.

Posted by Indianapolis Observer at 12:35 PM No comments:

West 79th Street in Indy's Pike Township -- from Noel Road to Fox Run Road -- will be closed for repairs Thursday (14 February) through 1 March.

The work along West 79th Street is a road stabilization project, which includes improvements planned for the road foundation and adjacent bank as well as road repairs and resurfacing.

This Indianapolis Observer (who drives West 79th Street often) is relieved. For years, the north side of the pavement has been subsiding into the Eagle Creek Valley -- more so in the past few months.

It's almost a sheer drop to the valley floor where the pavement has failed. Driving over the stopgap measure of metal plates has been worrying (as the pavement continues to slip). A more permanent repair will be welcomed.

Posted by Indianapolis Observer at 2:54 PM No comments: 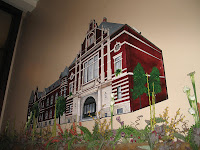 The Indiana Historical Society has partnered with the Athenaeum for an exhibit that celebrates the legacy of German-Americans in Indianapolis.

It explores the many contributions of these immigrants to the ongoing story of the city through a dynamically designed approach to text, graphics and illustrations. It highlights themes of Art/Culture, Architecture, Business and Education.

The Athenaeum was opened in 1893 as Das Deutsche Haus at 401 East Michigan Street, Indianapolis.

The exhibit is in the historic landmark's hallway at the entrance to the Auditorium - one of the Athenaeum's major meeting spaces. The installation assists docents in bringing history to life as they conduct tours of the venue, offered twice a month and by special appointment to groups, including school groups.

It's open to the public at no charge.

Posted by Indianapolis Observer at 8:27 PM No comments:

What is the state of Egyptian democracy two years after the popular revolution that ousted President Hosni Mubarak? How much influence does America have in an area that is increasingly unstable and potentially anti-American? How will the Egyptian military and the civilian government balance power in this volatile region?

Arafa served as Egypt’s expert in the drafting of the World Justice Project’s Rule of Law Index for 2012.

(And a tip of the hat to Provocate.org for alerting this Indianapolis Observer about the event.)

Posted by Indianapolis Observer at 4:17 PM No comments:

The Indiana Symphony Society’s Board of Directors announced today [3 February 2013] that it has exceeded the $5 million goal for new donor commitments in connection with its major fundraising campaign.

This Indianapolis Observer is relieved.

Posted by Indianapolis Observer at 6:39 PM No comments:

Only in indiana can you save a wounded fawn from being torn limb from limb by savaging coyotes... so the Indiana Department of Natural Resources can come to your home, kill it in front you -- and then arrest you for saving it.

This true story has international legs -- and the Hoosier State is, once again, a laughing stock.

Posted by Indianapolis Observer at 3:20 PM No comments: