"Pilate politics is when a governor, in the face of thousands of lives that could be saved, still chooses to deny Medicaid to people in his or her state, due to some gauzy longitudinal theory or misplaced fiscal principle."

This is from "The Politics of Pontius Pilate: How Not to Lead" by Joshua DuBois, posted on the Daily Beast.

He writes, "But in seemingly benign ways every day, our leaders still practice a lesser form of Pontius Pilate politics — with dangerous, deadly consequences..."

"It's a difficult thing to go against the will of the crowd, to buck the norms of a given party, system or age—but in doing so, you never know who you might save."

Posted by Indianapolis Observer at 12:23 AM No comments:

On a day when a 16-year-old thug, accused of two murders, is (finally) brought before a judge after not one or two but 13 probation violations, this Indianapolis Observer can only wonder at Mayor Greg Ballard's misplaced priorities.

Computer programmers are being gunned down on the streets and we're giving (literally) hundreds of millions so a couple of billionaires can enjoy owning sports teams?

"Indianapolis taxpayers have contributed more than $1 billion to support [Jim} Irsay's Colts organization and by extension his drug addiction, but the City will have no money to pay for basic city services in next year's budget unless you agree to fork over additional money by agreeing to pay higher taxes. But yes, it has $160 million to give to our other billionaire sports team owner, Herb Simon, over the next ten years."

I hope the misguided crew who brought down Bart Peterson [ironically over the homicide rade] are happy with the city they've managed to destroy by installing someone in thrall to "big business". Under Lugar, Hudnut (brief hiatus for Goldsmith) and then Peterson, we had a great run.

These days? We're known as the city with a homicide rate greater than Chicago's. Terrific.

-
Posted by Indianapolis Observer at 4:13 PM No comments:

Is It About the Artifacts...or Something Else?

Rush County's Don Miller is, indeed, a collector of long-standing -- and his collection of pots, arrowheads, bones etc. is enormous.

But it hardly seems to warrant FBI overkill (when we can't even find all of Tim Durham's more contemporary assets).

Although this Indianapolis Observer is not a fan of Welsh's conspiracy theories, he does raise valid questions here: is there something else the Feds are looking for while using the artifacts as a smokescreen? Such as (he suggests) information on the space program of the former USSR -- a project in which Dr. Miller evidently was involved.

Posted by Indianapolis Observer at 2:50 PM No comments: 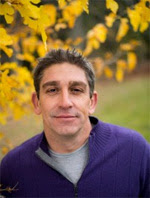 Poet Richard Blanco (pictured) will read some of his poems beginning at 7:30 p.m. 10 April in the Basile Auditorium of the Herron School of Art and Design at Indiana University-Purdue University in Indianapolis, 735 West New York Street.

The event is part of the Rufus & Louise Reiberg Reading Series and is co-sponsored by the Office of the Vice Chancellor for Research as part of IUPUI’s Research Day 2014.

In 2013, Blanco was chosen to serve as the fifth inaugural poet of the United States.

The poet was born in Madrid in 1968, immigrating as an infant with his Cuban-exile family to the United States. He was raised and educated in Miami, earning a B.S. in civil engineering and a M.F.A. in creative writing from Florida International University.

He has been a practicing engineer, writer and poet since 1991. He has taught at Georgetown University, American University, Writer’s Center and Central Connecticut State University. Blanco currently lives in Bethel, Maine.