One Unintended Consequence of the Cricket Park

"The city of Indianapolis will pay at least $15,000 to replace one home water well and lower pumps in three others because they're being sucked dry by an irrigation system at a park where crews are building international sports fields," reports the Associated Press at IBJ.com.

Your Indianapolis Observer notes the AP's choice of the term "sucked dry" and ponders that it might be used in a broader context regarding the city's expenditures for the World Sports Park and other ill-advised ventures.

Posted by Indianapolis Observer at 5:17 PM No comments:

No Money for Cops; Plenty for Pacers

"If you don't wake up and start firing every politician in this town who says he or she supports public subsidies for the wealthiest man in Indiana who doesn't even live in our city, then you deserve the poor government services you receive for the eternally higher taxes and fees this city can impose upon you."

This Indianapolis Observer, who often disagrees with Gary R. Welsh, thinks he's spot-on for this topic. Can't understand how Republicans just roll over.

Posted by Indianapolis Observer at 5:55 PM No comments: 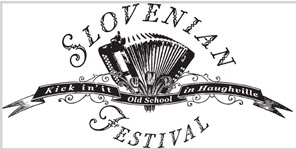 Admission is $5 (note: kids 16 and under are free with a paid adult admission).

Beginning at 1 p.m., the Slovenian Festival serves sausage produced locally by Yaggers Conservation and Laško Pivo (beer). Other refreshments include typical Slovenian dishes such as potica.

The Slovenian National Home, sponsor of this event, has been a cultural organization since 1918 within the Haughville neighborhood.

Posted by Indianapolis Observer at 9:01 PM No comments:

School reform is based "not around policies that would most help children, but around legislation that would most quickly expand the profit margins of its donors in the for-profit education industry" (and, more broadly, the pet project of the prominent GOP contributor in Indy whose charter school "might receive a poor grade").

As David Sirota concludes on Salon.com, "If you are backed by enough money, you will almost always retain your status in America — no matter how wrong you are and how many lives you ruin."

Posted by Indianapolis Observer at 9:34 AM No comments:

What Are You Doing With Our Money, Greg?

"[Indiana] Attorney General [Greg] Zeller is using his public office to advocate for his personal religious views—views that are highly divisive in an increasingly pluralistic society. Such use of an elected office is improper, and it should stop."

So says Sheila Kennedy in "Fight the Culture War On Your Own Nickel, Greg".

This Indianapolis Observer agrees: "If lawyers in the office have enough spare time to work on numerous legal matters not germane to state business, it would seem the office is overstaffed."

What say you, Gov. Pence?

Posted by Indianapolis Observer at 7:47 PM No comments:

The news on the education front only gets worse.

It's not enough that the defeated superintendent of public instruction in Indiana rigged charter school ratings to benefit a GOP contributor and that the governor tried to remove a textbook from classrooms, the beat goes on.

"It shouldn’t surprise us that Daniels — known for his disdain towards public education and teachers — would be appointed the head of a leading public university," write Tithi Bhattacharya and Bill V. Mullen for an article which first appeared in Jacobin (the head line there is "What’s the Matter with Indiana?").

"During Daniels’ term of governor, student tuition at Purdue increased nearly 100 percent due to state funding cuts, and student debt reached a record high of $26,000 per student."

"Indeed, his decisions at the state level made him attractive as the ideal candidate to complete the job of dismantling the public infrastructure of a land grant university such as Purdue."

"The outcomes of these processes are striking: there is now a nation-wide drop in college enrollment — according to the National Student Clearinghouse Research Center, a decline of 2.3% this year alone.

Can there be any way faster to race to the bottom than by attacking public education?

Posted by Indianapolis Observer at 8:40 PM No comments:

Seems that "under the North American Free Trade Agreement (NAFTA), a company can sue another NAFTA country if that nation’s laws affect its expected future profit. In this case, Eli Lilly is 'losing profit' because Canadian regulators dared to act within Canadian laws and rightly denied patents on two of Eli Lilly’s expensive drugs."

Posted by Indianapolis Observer at 6:00 PM No comments: