Amending the Indiana constitution is merely an attempt by the GOP "to keep GLBT folks in second-class citizenship status" (as Sheila Kennedy puts it). She writes: "...the most high-profile battle of this session–HJR 3–has given the rest of the country the impression that Hoosiers are 19th Century yahoos determined to buck the headwinds of change."

Here's how the Daily Kos looks at it: "Things are falling apart for Indiana's chief bigot, state House Speaker Brian Bosma. He's the guy who's trying to ram an extreme anti-marriage equality constitutional amendment through the state legislature.

"With a 52-43 vote, the House removed the worst part of the amendment, a provision that would have banned civil unions and could have ended protections for straight, unmarried couples in civil unions.

"That's triggering a delay, meaning that even if both chambers of the General Assembly pass the revised amendment, it likely won't go before voters until 2016."

This Indianapolis Observer hopes that maybe, just maybe, the Hoosier State will have joined the 21st Century by then.

Posted by Indianapolis Observer at 7:51 PM No comments: 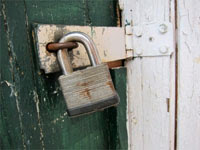 Mayor Greg Ballard has decided that the city will be closed tomorrow (28 January) due to the weather.

This Indianapolis Observer hopes that the Super Bowl Bid Committee is taking notice of Indy's (in)ability to deal with typical winter weather.

Update:
They're not doing too well with this year's wintry Super Bowl on the East Coast. Thousands of tickets remain unsold and hotels are cutting their rates.
Rooms are opening up and the Super Bowl that billed itself as so big it needed two states to host may have oversold its expectations to the hospitality industry.
Doesn't bode well for an Indy bid (we lucked out on the weather last time).

Posted by Indianapolis Observer at 6:54 PM No comments:

Trash pick up is cancelled --again -- tomorrow (Monday) through Wednesday.

Regular service resumes Thursday, and those on routes from the first three days are allowed to put twice as much refuse out on their regular day next week (week of 3 February).

When a city can't provide essential services (yet it can built stadia for billionaire sports team owners) something's wrong.

This Indianapolis Observer wonders why Indy can't get its act together regarding snow removal and cold-weather trash pickup. Maybe a call to Minneapolis or Winnipeg might provide some ideas.

Posted by Indianapolis Observer at 12:33 PM No comments:

Due to subzero temperatures, the Department of Public Works has suspended residential trash, heavy trash and curbside recycling tomorrow (Friday).

Routes that were not completed today (Thursday) because of freezing temperatures will resume on Saturday.

If your route is not completed, please leave trash out for collection the following day, weather permitting.

Posted by Indianapolis Observer at 11:03 PM No comments:

"I miss having real news."

Sheila Kennedy has a great column online today on Why the Absence of Journalism Matters.

This Indianapolis Observer, a longtime journalist, remembers what it was like when The Indianapolis Star and The Indianapolis News fought tooth and nail to cover the issues that matter to Central Indiana (and picked up a Pulitzer or two along the way taking close looks at the Statehouse and City Hall).

In these Gannett days, all we get are the Colts, the Pacers and the Kardashians.

Critical coverage of statehouse shenanigans (the "debate" over the marriage amendment comes to mind), not to mention Gov. Pence's refusal to allow the federal government to pay for healthcare coverage for lower-income Hoosiers, the abysmal snow removal efforts in Indy, the escalating homicide rate -- heck, even the kind of petty thievery that occurs in broad daylight in Westside restaurant parking lots -- nothing. Instead we get such banner headlines as "a vegetarian survival guide to Devour Downtown" and "did Leaf conspire to assure Colts took Manning".

As Kennedy says, "I don’t know about you, but I’m curious about all the stuff we don’t know."

Posted by Indianapolis Observer at 4:37 PM No comments:

There will be NO curbside recycling, residential or heavy trash collection on Monday, 20 January, in observance of Dr. Martin Luther King, Jr. Day.

All services will return to normal schedules on Monday, 27 January.

Posted by Indianapolis Observer at 4:27 PM No comments:

No Trash Pick Up Tomorrow or Tuesday

Due to anticipated subzero weather conditions, the Indianapolis Department of Public Works (DPW) announced that all trash collection will be canceled tomorrow (6 January) and Tuesday (7 January).

There will be NO residential trash, heavy trash or curbside recycling service on Monday or Tuesday. All routes will operate a double pick-up the following week beginning 13 January for Monday and Tuesday routes. A double pick-up means haulers will allow for double the amount of normal collection to accommodate the canceled service for curbside recycling, regular trash pick-up and heavy trash.

Residents who live in areas with 96-gallon bins will be allowed an additional 10 bags and bag collection areas will be allowed a total of 20 bags for collection. Additional bags should be placed a least a foot away from your 96-gallon bin. Severe weather is expected with high winds and very low temperatures. Residents are encouraged to secure their trash until their designated collection day. Wednesday, January 8 through Thursday, January 9 routes will remain on schedule, weather pending.

Posted by Indianapolis Observer at 4:17 AM No comments: