"Several men with assault rifles and hand guns crashed a Mayors Against Illegal Guns National Day to Demand Action event in Indianapolis, Indiana, on Thursday [28 March] and stood silently as the state chapter of Moms Demand Action held a rally in favor of limiting the availability of military style weapons and universal background checks."

"No matter how much Indianapolis performs as a major-league city, there are those who will never consider it anything more than a few high-rises amid a sea of cornfields tended to by a bunch of hayseeds."

Posted by Indianapolis Observer at 9:41 PM No comments:

All residential trash, heavy trash and curbside recycling routes will run one day behind this week, according to the City of Indianapolis.

All services will return to normal schedules Monday (1 April).

Posted by Indianapolis Observer at 7:45 AM No comments: 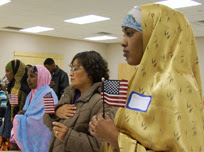 Find out how white, black and Latino residents responded when Somali refugees moved to a rural American town in the award-winning documentary Welcome to Shelbyville.

Welcome to Shelbyville explores immigrant integration and the interplay between race, religion, and identity in a dynamic dialogue. The story is an intimate portrayal of a community’s struggle to understand what it means to be American.

After the movie, discuss what lessons Indianapolis can learn from this community's experience grappling with rapidly changing demographics. The event is sponsored by Welcoming Indianapolis, a project of the Immigrant Welcome Center.

Reservations are requested at rsvp@immigrantwelcomecenter.org. 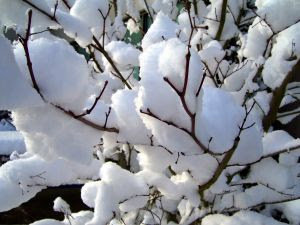 According to the City of Indianapolis, forecasts are predicting heavy snowfall, ranging from three to seven inches or more, beginning early Sunday morning and continuing through Monday afternoon or longer.

Indy Snow Force will activate at full force (90 trucks) beginning at 11 p.m. Saturday and extending through Monday, as needed.

Citizens with disabilities or those who may need medical or health-related assistance should contact Connect 2 Help at 211, or 926-HELP (926-4357). Residents may also visit www.Connect2Help.org for more information.

Posted by Indianapolis Observer at 12:30 AM No comments: 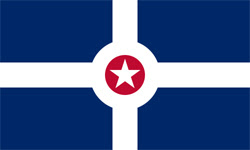 The center has examined migration data derived from federal income tax returns to analyze migration flows into and out of all 92 Indiana counties. As in other states, people in Indiana tend to settle in or near urban counties.

Urban core counties such as Marion, Lake, Allen, and St. Joseph have the highest level of in-migration in the state, but have even higher levels of out-migration, leading to negative net migration in these counties.

The study — “Indiana Migration Flows: An Analysis of IRS Data” — also found that suburban counties, such as Hamilton and Hendricks, have higher levels of in-migration than out-migration.

About 60 percent of migration activity occurs from people moving within the state, the study found.

Your Indianapolis Observer's favorite exhibit opens Friday (22 March) in the Hilbert Conservatory at the White River Gardens (next to the Indianapolis Zoo), 1200 East Washington Street, Indianapolis.

"Butterfly Kaleidoscope" lets visitors immerse themselves in the beauty of these wonderful winged insects as they return to the indoor gardens after a two-year hiatus.

As you walk through the tropical environment, 40 species of butterflies will flit nearby — and one might even land on you. Each day, new butterflies, such as the Blue Morpho, Monarch and Great Owl butterflies, will be released from the chamber.

Learn about the metamorphosis of these creatures — from egg to larva to pupa to butterfly. Feel the soft flutter of their wings as they float by on their way to take a drink nectar from glass feeders hand blown by Gloria’s Garden Glass. Children also will love the new interactive butterfly building station, where they can make a giant replica of these interesting insects.

Posted by Indianapolis Observer at 4:28 PM No comments: 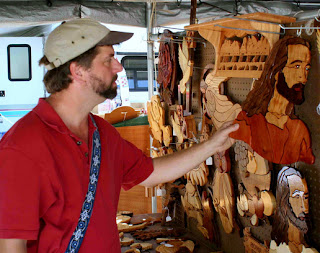 OK, so it's not a review in the book section of the Sunday edition of the New York Times, but it's probably a mention that will be read in its entirety by more people.

Arthur Emery Farnsley II's Flea Market Jesus was the subject of a one-sentence book review in the Sunday magazine section on 10 March.

The entire review? "The folk religion of white Middle America."

Dr. Farnsley is Research Professor of Religious Studies at Indiana University-Purdue University in Indianapolis, and Associate Director of the Center for the Study of Religion and American Culture.

You can read more about his latest book here and here.

Posted by Indianapolis Observer at 5:22 PM No comments:

Indy Talks About Women in India

If you were outraged by the brutal rape and killing in India in December, and by the turgid legal response … If you are outraged that this is not uncommon around the world … And if you want to be part of efforts to change this situation, then you will want to be at the City Market, 222 East Market Street, Indianapolis for Foreign Policy and a Local Pint on 14 March.

Come at 5:30 p.m. for socializing with pizza and brews, and then stay for the 6 p.m. discussion.

The Village Experience is distributing a million dollars for projects empowering women in India. Learn how you can contribute to their work and of the work of other local groups addressing these issues. Talk with experts about the changing roles for women in India and other South Asian societies.

Ever think you’re the only one in Indianapolis who cares about global issues? You’re wrong, there are a lot of people like you. And you can meet them Thursday evenings at City Market with Foreign Policy and a Local Pint, a series of informal discussions about what’s happening in the world. Socialize with young professionals over free pizza and subsidized beer, talk to some of the world’s top experts, and discover local organizations working on issues in the countries we’ll discuss.

A tip of the Indianapolis Observer's hat to Provocate.org for organizing these events.

Posted by Indianapolis Observer at 4:10 PM No comments: 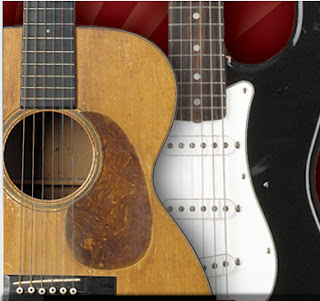 "Guitars! Roundups to Rockers", an exhibit opening today at the Eiteljorg Museum of American Indians and Western Art, 500 West Washington Street, Indianapolis, explores the Western connections of guitars and guitarists.

Guitars owned by Roy Rogers, Buddy Holly, Jimi Hendrix, Woody Guthrie and Hank Williams Sr. will be among more than 100 instruments included in the exhibit, which runs through 4 August. According to the Eiteljorg, "The experience, including interactive content, is guaranteed to appeal to guitar gearheads, musicians and everyday music lovers of genres from Western swing to wailing rock, thrashing punk to bouncing jazz."

Guitars! is supported by ongoing programming, including films, performances, guitar instruction and a guitar “corral” that offers visitors a chance to pluck and strum.

Unfortunately, your Indianapolis Observer missed last night's sale, when autographed guitars from the Rolling Stones, the Eagles, Carlos Santana, Pearl Jam, Keith Urban and others were auctioned off during the exhibit preview party.

Fortunately, you still have time to catch Cowboy Celtic, performing today between 2 and 4 p.m.

How Buddhism Changes the Conversation 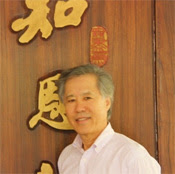 According to CTS, the number of Buddhists in America has grown 17-fold since the 1960s to about 3.5 million. People from many religious traditions have found the encounter with Buddhism enriching to their own faith.

An apparent arson has caused an estimated $400,000 in damages to a historic downtown Indianapolis Catholic church, according to the Indianapolis Metro Police Department.

The church, across Capital Avenue from the Indiana Convention Center, houses the first Catholic parish established in Indianapolis in 1837. Construction of the current church was completed in 1871.

Posted by Indianapolis Observer at 2:13 PM No comments: