How the Indianapolis Brickyard Fell Into Place 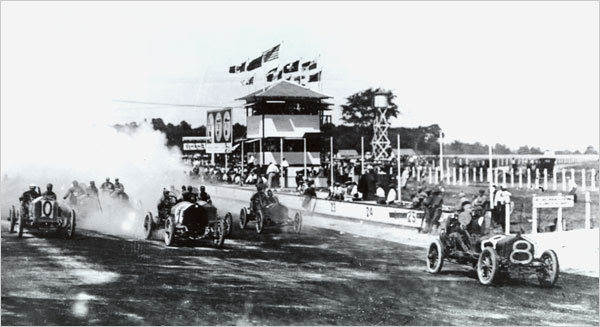 "Racing fans watching the Indianapolis 500 over Memorial Day weekend are sure to hear dozens of references to 'the Brickyard'. Spectators who have not connected that name with the pioneering racetrack surface of Indy’s past need only look as far as a strip of red blocks at the start-finish line for a visual explanation.

"But when race cars first roared off the starting line at the just-finished Indianapolis Motor Speedway in August 1909, the track was not yet paved with the 3.2 million bricks that were the source of its nickname. Instead, it was a packed and oiled stone racecourse that came apart quickly, a parallel to what modern drivers contend with on rough public roads in their holiday weekend travels."

Read the rest of it here.
Posted by Indianapolis Observer at 3:58 PM